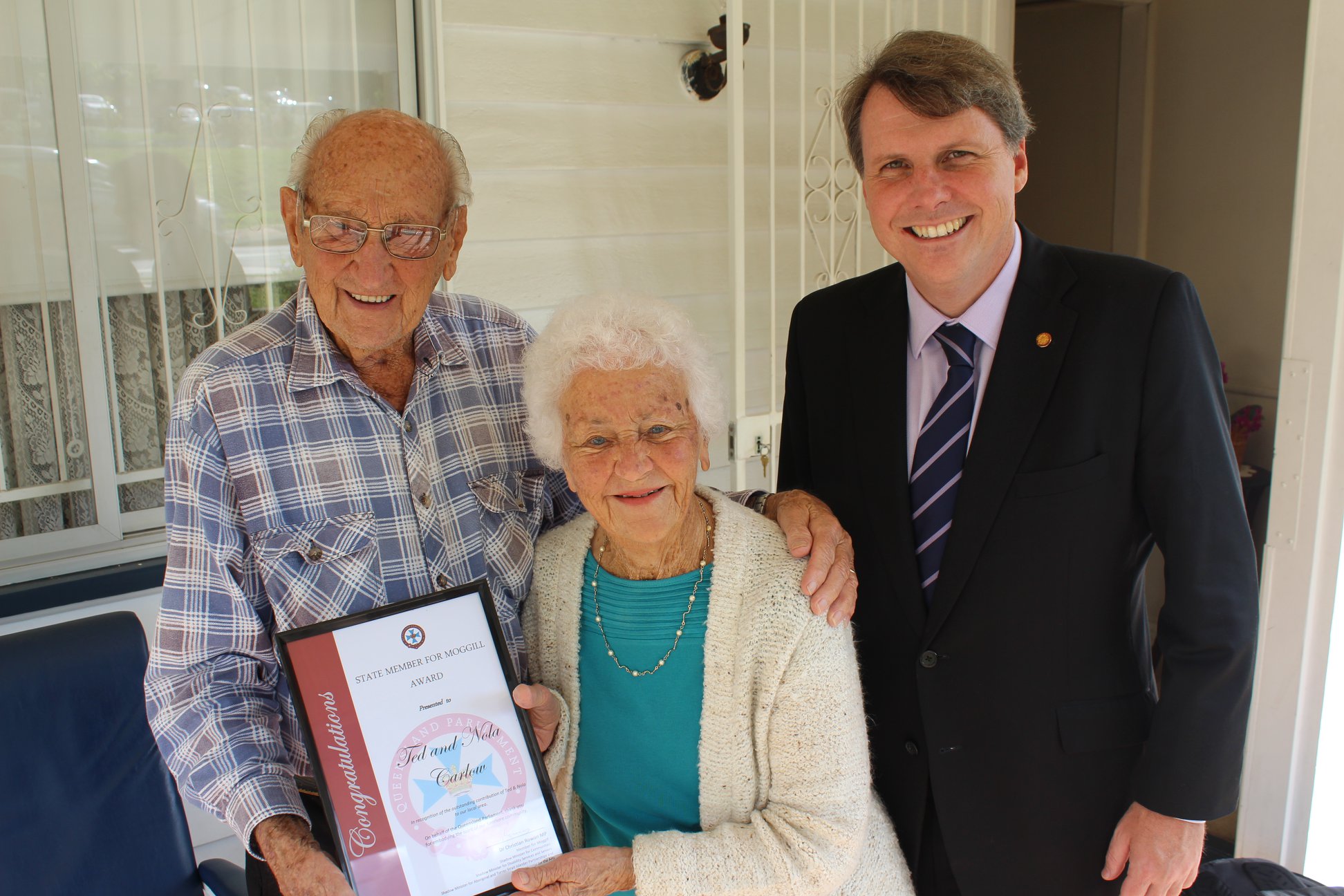 Ted and Nola Carlow certainly did not expect to receive a distinctive honour from the local community and Council. Though it was a simple plaque and there was no ceremonial fanfare to it, the gesture behind the award merited great value as this Kenmore couple is no ordinary pair.

In May, Member of Parliament Dr Christian Rowan bestowed the special award to the Carlow couple for simply being an inspiration to the residents. For decades, this Kenmore couple has been waving and smiling at cars and passersby from the porch of their home near the Kenmore roundabout.

“It was a privilege to formally recognise Ted and Nola Carlow, who are iconic Kenmore locals,” Dr Rowan said. “Each and every day as residents enter into, and out of, Kenmore, you can see Ted and Nola with their trademark smile and wave. Thanks again Ted and Nola for being such an integral and welcoming part of our community over the past 70 years.”

There was a time, however, when the couple went “missing” from their porch that it triggered a panic from the residents. People looked for them on social media until it was confirmed that they are doing fine.

The reason for their brief absence wasn’t elaborated but locals were relieved to know that the Carlows are back on the porch and waving at their neighbours. Messages poured online from residents who have looked up to the couple.

“I waved at 12 and still wave at 31. Ted and Nola are a Kenmore institution!” Suki Bloom revealed.

“I waved to them every afternoon for nearly 4 years in primary school and when I recently drove past there (over 8 years later) it was as if they recognised me and they waved,” said Anton Immaraj.

“I remember as a child always looking out for them as we drove past. I haven’t lived in Brisbane for 9 yrs, but every time I head down to see friends and family I still look for them,” Jacqui Kimbers shared.

The Carlows are in their ‘90s and have raised daughters in Kenmore.