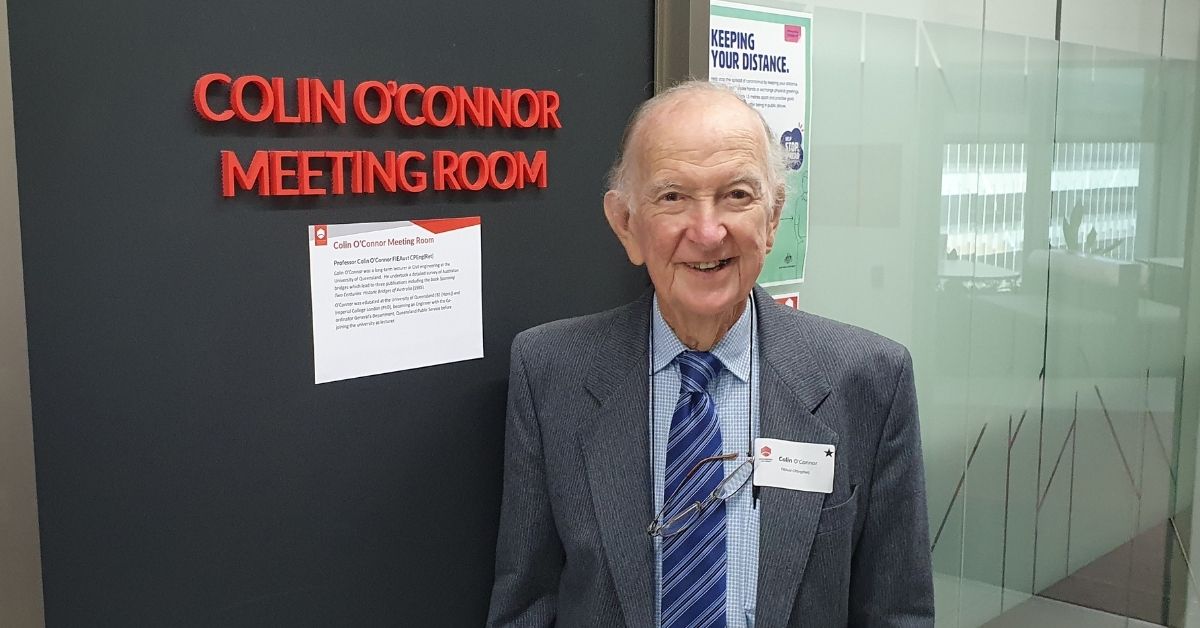 Engineers Australia in Queensland has honoured one of its exemplary members by dedicating a room in his name. Colin O’Connor, a Brookfield retiree, is proud to see the special meeting room bearing his prestigious name at the Brisbane headquarters of the organisation.

Mr O’Connor, 93, has been recognised for his outstanding contribution as a former civil engineer. He worked for Queensland Public Service for five years before becoming a lecturer at the University of Queensland (UQ), his alma mater.

In the 1970s, Mr O’Connor became UQ’s Dean of the Faculty of Engineering. He also authored several books, including “Design of Bridge Superstructures” (1971), “Register of Australian Historic Bridges” (1983) and “Spanning Two Centuries: Historic Bridges of Australia” (1985).

The Colin O’Connor meeting room is the second special honour bestowed to the expert. In 2003, Engineers Australia also awarded him with the John Monash Medal for Engineering Heritage.  Established in 1919, Engineers Australia has over 100,000 members working as professionals and leaders in various engineering fields in over 120 countries.

Mr O’Connor is currently a resident of Carinity Brookfield Green and supported by Carinity Home Care.  The organisation, established in 1949 as an outreach for the Queensland Baptist, has been providing a caring home for the vulnerable sectors of society, especially the seniors.

For more about Carinity Brookfield Green, visit the facilities at 139 Gold Creek Road or phone (07) 3374 7111 for your enquiries.