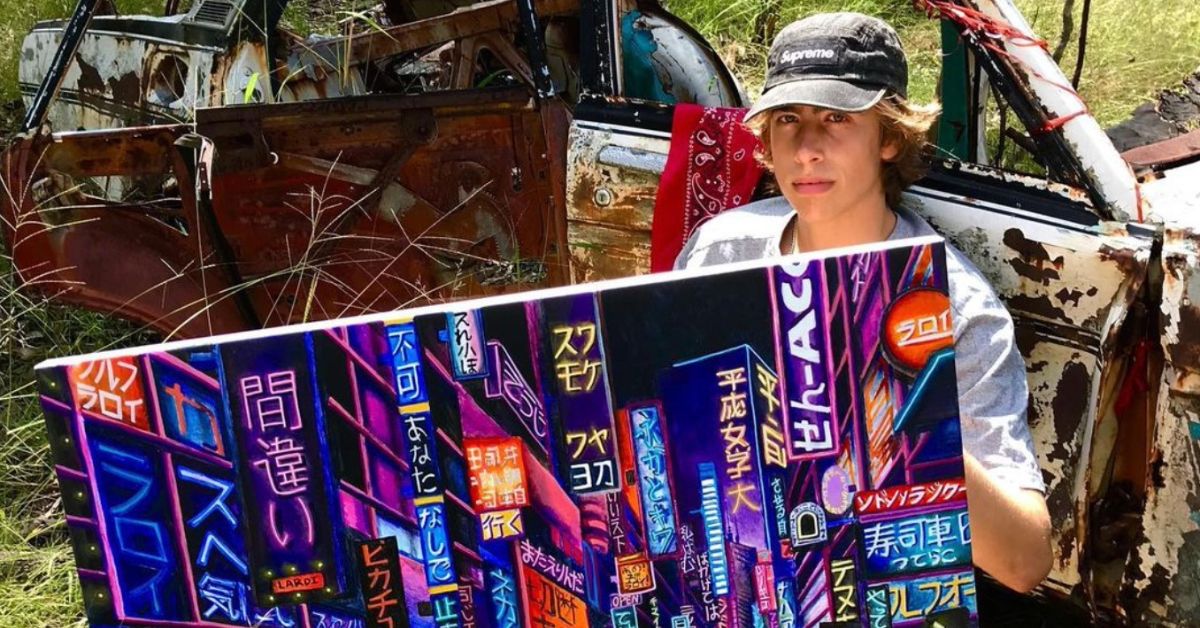 Young Kenmore artist, Jensen Dean, has sold his very first painting to YouTube celebrity Logan Paul after months of trying to get in touch with “people who knew people” in his network.

Read: Anstead’s Georgina Burke: From Being Bullied To Being An Advocate Of Body Positivity

Whilst the details of the sale were not disclosed, Jensen said that he created a Pokemon painting with Logan in mind after he watched the social media star and boxer/wrestler detail the story of how he was swindled $3.5 million for buying fake Pokemon cards.

The young Kenmore artist said that he personally does not know Logan, who has more than 85 million followers on social media, but he reached out to him by sending direct messages to people who may have links to the celebrity.

After some months of trying to get his attention, Jensen and Logan were exchanging messages and the celebrity confirmed he wanted the Kenmore local’s painting. Logan told him he plans to hang this in his million-dollar mansion in Puerto Rico.

Aside from being a boxer, wrestler and social media star, Logan is also well-known for his love for anything Pokemon.

Jensen said that closing this deal was a big deal because someone with Logan’s stature could be looking for Pokemon art anywhere but he chose the young Kenmore artist.

The experience has made Jensen decide to pursue art and perhaps venture into filmmaking as well. A year ago, Jensen was not quite serious about his craft until a friend helped him land work painting graffiti art for a band’s practice room wall. He also ventured into making art for children’s nursery rooms.

But his deal with Logan has jumpstarted his social media infamy as his Instagram followers have also grown. The artist is also working on two more paintings for still-unnamed celebrities.

Jensen said he still has plenty of ideas in his head that has to be translated into works of art.