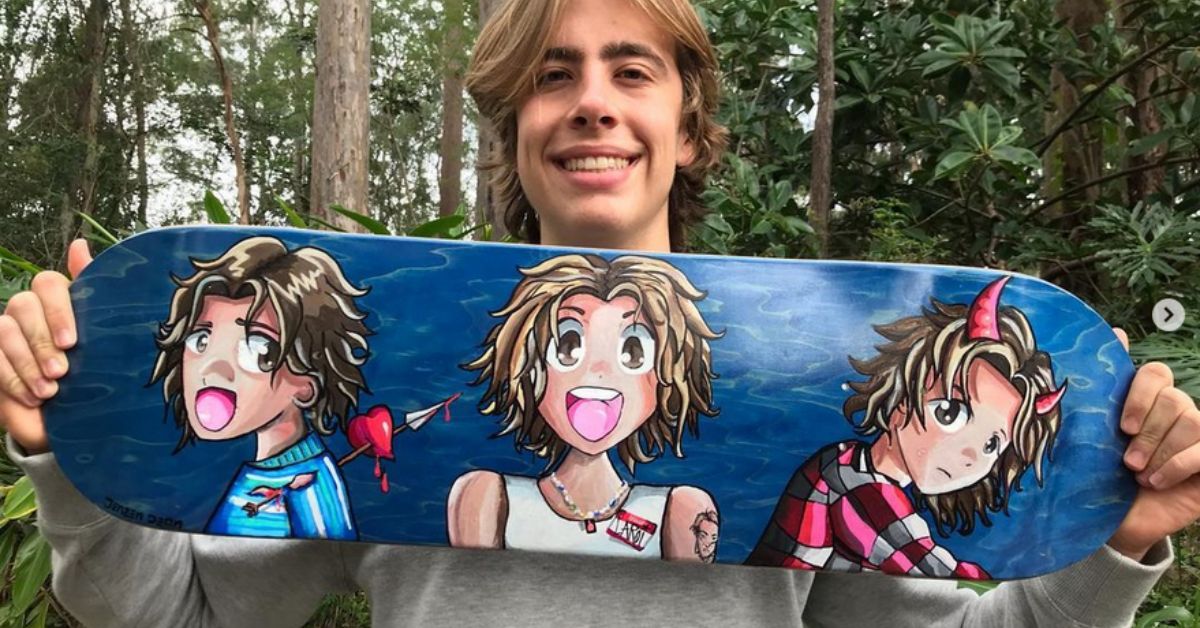 This young Kenmore artist has done it again! The works of art of talented 17-year-old Jensen Dean now hang on the walls of the homes of two celebrities, who both love this rising artist’s quirky and colourful creations.

In February 2022, Jensen was elated to know that his Pokemon painting now hangs at the mansion of his first celebrity client, YouTube vlogger and boxing celebrity Logan Paul. He had no way of connecting to Logan apart from tapping the right “people who knew people” on social media.

It took some months but he was able to close his deal with the celebrity vlogger. Soon after,  Jensen was closing another deal with a popular star.

Jensen painted on a skateboard deck for The Kid LAROI and personally delivered the completed piece backstage at the superstar’s recent Brisbane concert. He wanted to meet the Kenmore artist personally.

“It was crazy. It felt like something out of a movie with his bodyguards escorting me into the concert,” Jensen said on dealing with the rapper.

“Laroi is the biggest inspiration for me and he’s the only reason I’m doing my art, as an Australian kid he showed me anything is possible if you have a goal and work hard towards it.

“He kept on saying how much he loved the skateboard and he asked me questions about how I made it, how long it took to paint, and the best way to get it home”.

“I painted it on a quality skateboard deck so he can actually skate on it if he wants to,” Jensen said but apparently, the superstar said he will never skate on the painting. He said it will be framed and will go up on the wall of his home in Los Angeles.

Read: Pizzeria Violetta Reopens in Kenmore with a New Chef

The Kenmore artist is on his way to securing a third major deal with another celebrity.

“I don’t like to disclose who they are until I have achieved my goal because people don’t believe me, so all I can say right now is that it’s going to be another celebrity as famous as Logan Paul and Kid Laroi.”