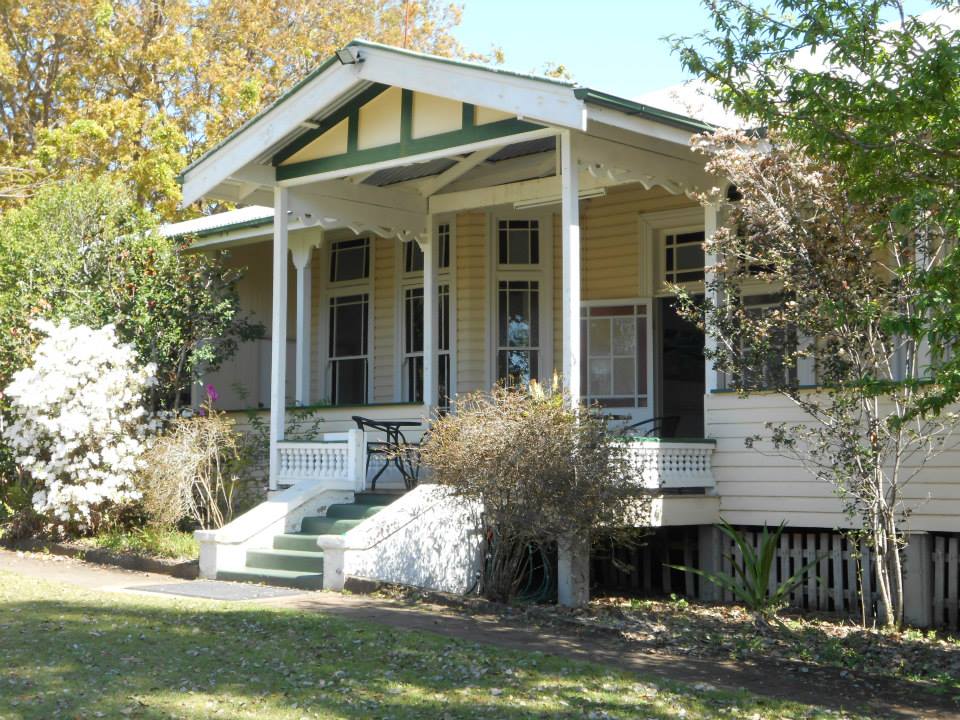 Glen Olive House. St John’s House of Rest. St Christopher’s Lodge. Friary Pottery and Friary Fayres. Brookfield Centre for Christian Spirituality. Over the years, the Old Friary Complex has gone through multiple incarnations and metamorphosed into what it is now.

The Old Friary Complex located at 139 Brookfield Road in Kenmore Hills was once a special centre for the Anglican friars in Brisbane. Developed as a self-sufficient farm and social facility, the site was formally known as the Centre for Christian Spirituality.

From 1965 to 1987, the Old Friary was frequented by the locals and was referred to as “the Friary” as it was bustling with activities and forging fellowship, especially among the young members of the community. Aside from tending to the nursery and learning pottery, the friars and their friends in the community also carried out social work around Brisbane.

But the history of the Old Friary began decades before this. The house owned and designed by one of Brisbane’s most notable architects, Richard Gailey, was actually built in the 1890s. It was part of a structure known as the Glen Olive House in Toowong.

Mr Gailey from Donegal settled in Brisbane in 1864 and achieved to establish his practice within a year. Known for designing the Fernberg (Governor’s residence), Brisbane Girls Grammar School, Baptist Tabernacle, the Regatta hotel and the Orient hotel, Mr Gailey built Glen Olive as a landmark site with a ballroom, an atrium, and several rooms with extensive verandahs.

In 1901, Dr E. S. Jackson purchased Glen Olive and decided to sell the property in sections. William Melbourne Watts, then the Queensland’s Land Commissioner, bought a section of the house, which was to be erected at his 47 acres lot on top of a hill in the “beautiful Brookfield district.” Watts bought this land in Kenmore Hills from Charles Patterson, a timber merchant.

By 1925, Mr Watts transferred the ownership to his son, William Phillips Watts, who then sold 24.5 acres of land in 1933 to the Brisbane Franciscan Communities led by Reverend Robert Bates of the Franciscan order of the Church of England. At that time, the Old Friary was known as St John’s House of Rest for aged men.

With several staff rooms and a large dining room, the complex could accommodate 30 men who helped cultivate the vast land. But as a hilltop site, this self-sustaining home for the aged was found to be too remote to cater to the needs of its aging occupants. When St John’s Home of Rest relocated to Toowong in 1934, the Brookfield site became a boys’ home and was renamed to St Christopher’s Lodge.

The refuge, now managed by the Franciscan order’s Sisters of St Clare, taught the boys to farm and their produce was regularly sold at the Brookfield Show. The young men were also guided and molded with cultural, moral and religious convictions until they were old enough to leave the boys home and start their new life as adults. Reverend Bates also secured the boys’ education at universities around Brisbane.

However, St Christopher’s Lodge ceased to operate when Reverend Bates died in 1955. Part of the hilltop land was also sold to the Presbyterian Church, which established the Blue Care Aged Care Facility and Iona Nursing Centre in Brisbane.

What remained of St Christopher’s Lodge became a base for the friars for its church missions until the property was transferred to the Corporation of the Synod of the Church of England Diocese. In 1966, the site persisted as a self-sufficient farm and handcraft manufacturers as operated by Anglican Society of St Francis. The structures were also rehabilitated whilst Henry Clark & Sons built a new chapel designed by Merrin and Cranston Architects.

By the 1970s, the friary was used as a temporary housing facility for volunteers. It attracted many guitar-playing hippies who enjoyed tending to the farm, making preserves and moulding pottery. Thus, the brands Friary Pottery and Friary Fayres were born and its products were sold at various Brisbane markets and events.

Some of these products also found its way onto the shelves of the department store David Jones. The items created for Friary Pottery and Friary Fayres were also mandatory gifts to VIPs who visited Brisbane, including Her Majesty Queen Elizabeth.

By the 1990s, more extensive renovation and upgrades were done to the site to establish the Brookfield Centre for Christian Spirituality. It became a public place for locals to enjoy some quiet time if there were no booked events taking place. Additional contemplation areas were built and planted with trees with the help of volunteers, whilst a coffee shop with a gift store operated in the area from 1995 to 2004.

In 1998, part of the site became a private residential housing estate known as the Friary Fields whilst the centre continued to be a place of retreat and a venue for community activities. The Brookfield Centre for Christian Spirituality was cited as a local heritage place in 2017.

In 2018, the Anglicans expressed interest to sell or lease the Old Friary despite some opposition from the locals.  A year later, the Uniting Church’s Blue Care bought the property under the agreement that much of it will still be used as a community area.