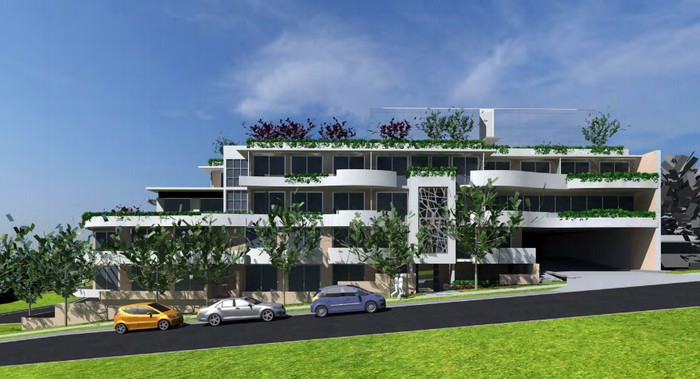 A seven-storey development, including a cinema, has been proposed for 22-24 Brookfield Road in Kenmore.

A recent development application has put the cat amongst the pigeons by proposing a mixed-use development on a site bounded by Brookfield Road, Princeton Street and Bingham Street in Kenmore, just across the road from Kenmore Village Shopping Centre.

A five-screen boutique cinema is part of the proposal as well as 150 car parking spaces, 35 serviced apartments, offices and retail in over seven storeys. Restaurant, café and wine bar tenancies are envisioned to occupy the ground floor fronting Brookfield Road.

Centre activities could include serviced offices, strata-titled offices, educational facilities, which may be a private college, a dance studio or a yoga/Pilates studio. The centre may also be home to a medical facility and community facilities such as meeting rooms.

All in all, a gross floor area of 3,3044 square metres will be dedicated to centre activities.

Read: A Reason to Thrive For The Thrift & Thrive Shop in Kenmore

The DA submitted in March 2019 is already courting controversy for its size and potential traffic flow impact.

“Brookfield Road has become one of the worst rush hour bottle necks in the Western Suburbs, which then feeds into Moggill Road at the Kenmore Village roundabout, causing huge morning tail-backs for commuters and school drop off,” says Ken Ryan, a local town planner.

“The scale of this proposal greatly exceeds its need and has not included an Economic Needs Analysis.

“To me it’s grossly overdeveloped because of the excessive height, the bulk of the building, and the potential for impact of the 150 additional car parking spaces. This is on congested Brookfield Road and the side streets in Princeton Street are often parked on either side, and it’s my view that it’ll be a major adverse effect on the efficiency of that local area.”

The town planner says that locals interested in the future developments in the area can lodge objections. He also thinks that the council should advise the developer to limit the scale of the project to two or three stories.

It should also be proven that there is an economic need for such a centre development.

Ken has published a podcast episode about this development application. Listen to the discussion here.