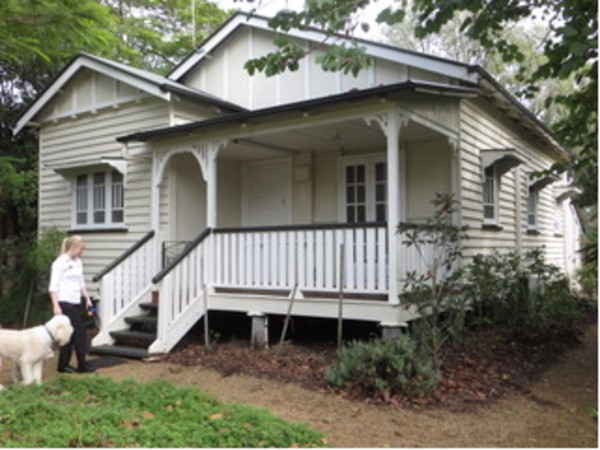 A historic cottage in Anstead, also known as the “Sugars Cottage” has been sold and will be relocated to the Sunshine Coast by its new owners.

One of Brisbane’s pioneer cottages, Sugars Cottage was allegedly quietly sold by the Brisbane City Council even before its public consultation had ended in June 2021, leaving some Moggill heritage experts enraged.

The 1930s house was so resilient that it was the only structure that survived a devastating fire on the 506 Hawkesbury Rd in October 2020.

The Council acquired the site in 2017 via the Bushland Acquisition Program with plans to connect two adjoining bushland blocks. However, Councillor Greg Adermann announced last year that they will come up with a masterplan for the site.

The Hawbryn House, which used to be located right next to the Sugars Cottage, was damaged by fire last year. Council already announced plans to turn it to something useful, such a community hub. Cr Adermann said they did not want Sugars Cottage to become a regular target for vandals, just like what happened to the Hawbryn House.

Moggill Historical Society is asking BCC to reconsider its current plan to remove the cottage and sell it to a private owner elsewhere in Queensland.

“By keeping the cottage in Anstead, Brisbane City Council will secure the legacy of preserving and modernising this building ensuring a better outcome for the local community,” MHS wrote in a petition via Change.org.

Cr Adermann said Moggill Historical Society’s plans to relocate and retain the cottage as a working building was not financially viable. He’s hoping  society and locals would participate in discussions on how to recognise the contribution of the Sugars family to the area.

The Sugars family are among the earliest pioneer families in Anstead. In 1860, Thomas Sugars came from Ampthill in Bedfordshire and opened a big basalt quarry in Moggill. His grandson, Harold Gordon Sugars, built the cottage in the 1930s.

When Harold died in 1978, it became part of the Hawbryn property, which was owned by the Burton-Jones family. It was sold to new owners in 2013 before Council brought it back four years ago.