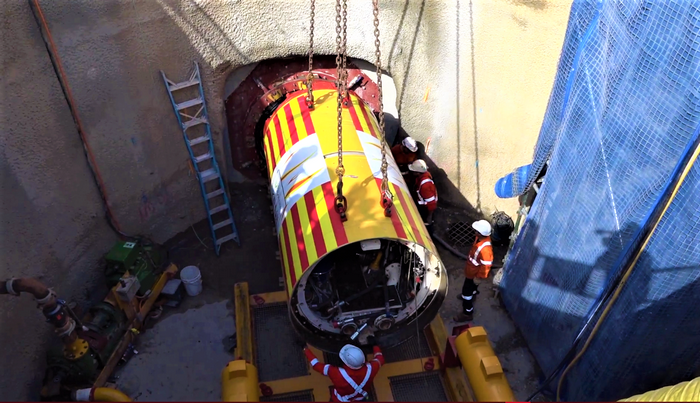 Did you know that the same cost-effective microtunneling techniques that made the installation of water and sewer pipelines beneath Kenmore and Jindalee a feat of engineering are also at the heart of the ongoing $55-million Bulimba Creek Sewer Upgrade?

The new $17-million Kenmore Jindalee cross-river pipeline replaced the infrastructure that was damaged in the 2011 floods. The project is Queensland Urban Utilities’ latest investment to ensure a safer and more resilient network for the western suburbs.

The project involved the installation of new water and sewer pipes between Kingfisher Park in Kenmore and the Scout Hall on Mt Ommaney Drive in Jindalee, inside a tunnel bored 10 metres beneath the Brisbane River. Also installed are additional two kilometres of sewer pipelines and over 680 metres of water pipes within Jindalee.

What made everything possible was the use of micro-tunnelling technology. Guided by laser navigation system, the tunnel borer avoided going under homes as it bore its way underneath the riverbed.

“The machine is so large, it needs to be craned into the launch shaft in four parts,” Queensland Urban Utilities spokesperson, Sally Prosser, said.

“Once assembled, it’s almost 14m long, 1.8m in diameter and weighs more than 45 tonnes – the equivalent of six elephants.”

After the construction of the concrete tunnel was completed, the water and sewer pipes were then installed inside the tunnel and “pulled” through.

The Bulimba Creek Upgrade Stage 2 involves the installation of a new 4.25km gravity trunk sewer between Wecker Road in Mansfield and Cadogan Street in Carindale. The project uses open trenching and trenchless technologies.

By employing modern trenchless techniques, Queensland Urban Utilities was able to minimise the overall impact to the environment and to the residents affected by the projects.

The  Bulimba Creek Upgrade Stage 2 is nearing completion and the project is expected to be operational in the second half of 2019.