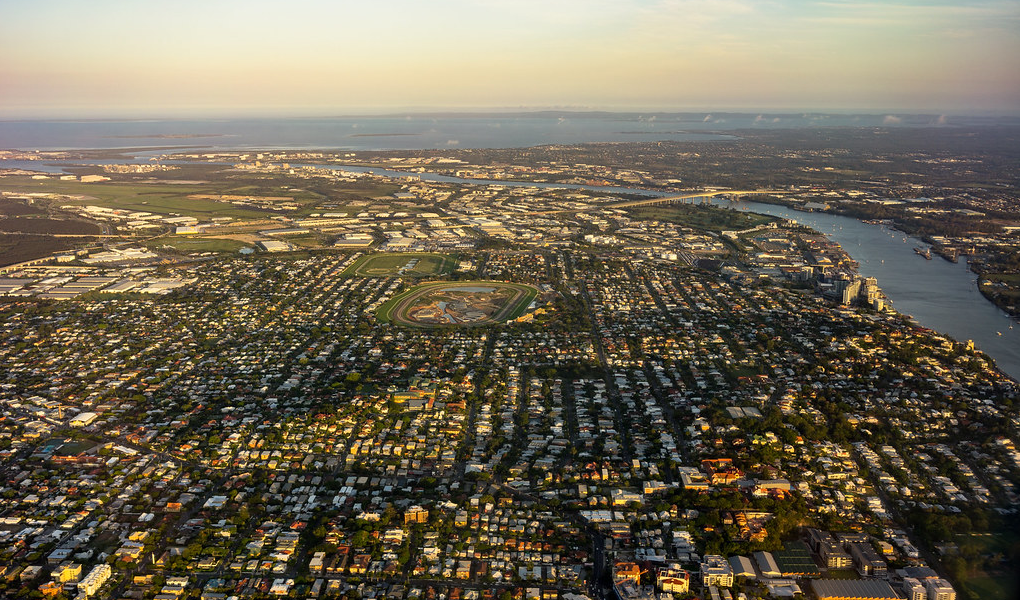 Ken Ryan has lived in the Kenmore area for 34 years and as one of Brisbane’s longest-serving Town Planners (initially working in Council then in private practice advising clients seeking planning approvals), he has witnessed many changes to Kenmore, Brookfield, Pullenvale, Anstead, Bellbowrie, Moggill, and Pinjarra Hills. As past president of Kenmore Rotary, he has also seen developments in the local community. In this monthly column, Ken will talk about his observations of the place he has called home since 1986.

When I moved into Kenmore in 1986, having previously lived in Wavell Heights and Mt Gravatt, Kenmore itself had a very similar population to that which was recorded in the 2016 Census. On the face of it, that is a remarkable thing because Brisbane’s population has more than doubled.

I recall attending a “town hall meeting” at the Brookfield Showgrounds in the mid-1980s that, with hindsight, became the foundation of this trend. The elected councillor for the area, Sallyanne Atkinson, supported by senior staff, presided over a very heated debate.

Brookfield Hall was packed with around 150 people and there were two very clear views represented in the room. The newer owners wanted more local infrastructure, concrete footpaths and bitumen roads, kerbs, gutters, sewerage to their homes. The longer-term residents, however, wanted to preserve the status quo — their tranquil, rural lifestyle.

Some of the developments approved by BCC in that period were estates in Kenmore Hills including Huntington Estate Tuckett Park, further stages of  Farmington Downs, and later, the area around Lone Pine in Fig Tree Pocket.

Fast forward to the 1997 Integrated Planning Act (IPA) and the 2000 City Plan. These two stopped rural residential subdivisions of 10,000 sqm (1 hectare) or 2.5 acres from being put up and made rural living in Brisbane a very desirable asset.

Up until the IPA, areas of the western suburbs including Kenmore, Brookfield, Pullenvale, Bellbowrie, Anstead, Moggill, and Pinjarra Hills were able to be rezoned and subdivided.

After 1997, statutory changes particularly affected large blocks of property. Real estate agents who had promoted rural subdivisions were no longer in high demand.

The existing stock of large, suburban lots with family homes was now in demand for lifestyle so close to services at Kenmore Village shopping centre and schools within walking distances at Pullenvale, Brookfield, OLR, and Kenmore.

Land already zoned for housing was purchased for architect-designed houses on large, 1,000-sqm properties in Kenmore Hills, while speculative development of non-urban and rural land ceased.

Even where residents now wanted to develop opposite new subdivisions, (e.g. Greentrees Avenue, Rafting Ground Road), the changes to legislation quarantined these rural areas.  Objections to rezoning by new residents were the precursors to today’s NIMBY opponents to development.

There were exceptions, however. The controversial Court approved acreage subdivisions beside the CSIRO and RSL on Moggill and Pullenvale Roads, but BCC promoted rural residential subdivisions and as a result, up-zoning of rural and non-urban land was no longer supported.

BCC was convinced there was sufficient residential zoned land, so the zoned rural land and non-urban land have remained as a buffer to existing zoned areas. Concurrently, development in adjoining councils of 4,000-sqm lifestyle lots was rapidly occurring.

However, if infill developments had been promoted by BCC, instead of costly greenfield development of sites like Rochedale, Fitzgibbon, and Forest Lake, housing affordability could have been promoted. By allowing the existing infrastructure to be fully utilised, housing costs could be reduced for first home buyers.

The history I have observed in Kenmore over the preceding decades, and which does not show any sign of abating in the foreseeable future, shows the dominant interests in the planning industry have seldom reviewed its focus and promotion of new development in someone else’s “backyard,” at the expense of seeking increased housing affordability and residential consolidation in existing suburbs. If we are to address these issues in a meaningful and effective way, we cannot afford to let these obvious opportunities continue unfulfilled.

Ken Ryan has worked both sides of the Planning fence, having started his working life in the planning department of Brisbane City Council. Ken Ryan & Associates has been established for more than 18 years and has a team of dedicated and experienced Town Planners with specific core skills in Development Assessment, town planning site investigations, and planning scheme preparation and implementation.