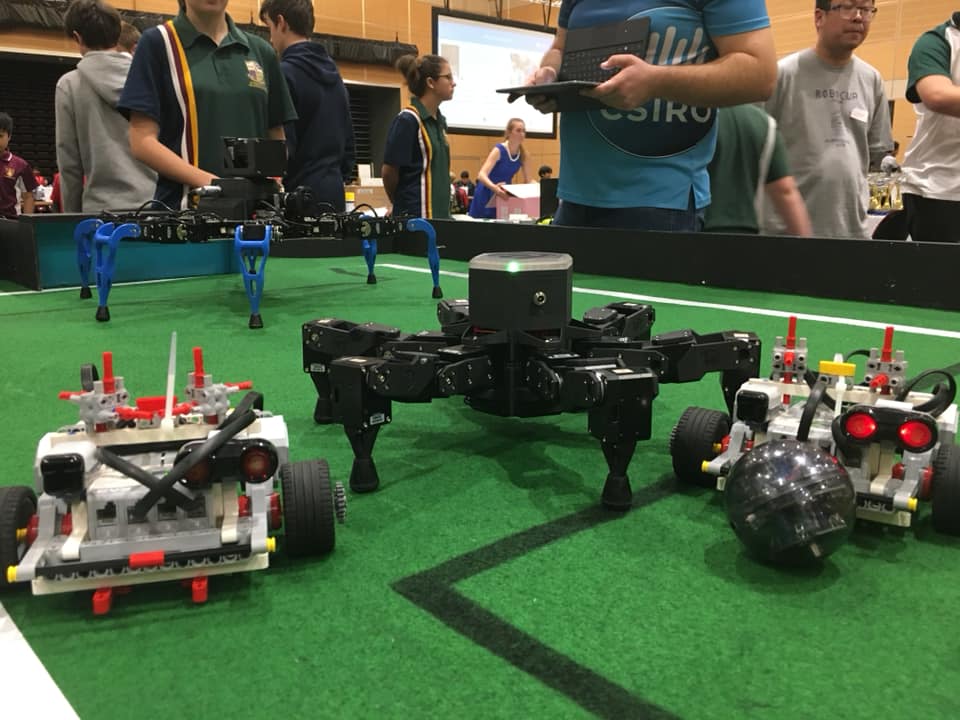 Kenmore South State School is now in a celebratory mood after two teams from the school won in the recently held Robocup Rescue Competitions at the University of Queensland on 10-11 August 2019.

At the Robocup Rescue Competitions, participants had to build and code Lego EV3 robots to rescue a victim from a deadly chemical spill. The twist is that they have to finish building and coding in two minutes.

Ryan believed there were two Ts that helped them succeed. As the student pointed out, “Testing” and “Teamwork” were both essential in their victory. He said one of the keys to their accomplishment was the piece of resistance, which was a curved piece of LEGO on the front of the robot that helped it go up slopes.

RoboCup Junior is open to students studying at a Primary School or Secondary School (or equivalent e.g. home schooled). The group encourages students to think creatively to develop solutions, mostly as members of a team of 2 or more, to the RoboCup Junior Challenges in OnStage (previously known as Dance), Rescue, and Soccer.

The next Robocup Competitions for Queensland will be held on October 11-13 2019.

Read: Dine in Traditional Greek Meze At This Restaurant in Kenmore