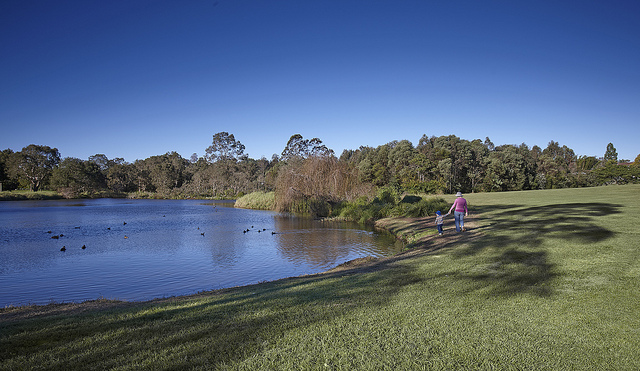 Fig Tree Pocket is a residential suburb known for being the home of the Lone Pine Koala Sanctuary, Biami Yumba Park, and Cliveden Park, but did you know how the suburb got its name?

Fig Tree Pocket’s name was derived from Moreton Bay fig trees with the scientific name Ficus macrophylla and for a particularly large tree in the area.

In 1866, the huge tree was photographed and was said to be so large that it can shelter a herd of cattle or up to 400 people. A reserve of 1.6 hectares was created around the fig tree the same year.

The giant tree was considered so iconic that it became a major landmark in the area.

The suburb was also bounded by the river on three sides which creates a land pocket.

The name and boundaries of Fig Tree Pocket were approved by Queensland Place Names Board on 11 August 1975. The boundary has been altered by the Minister for Natural Resources and Minister for Mines on 23 August 2002.

The famous tree no longer exists and the cause of its disappearance is still unknown.