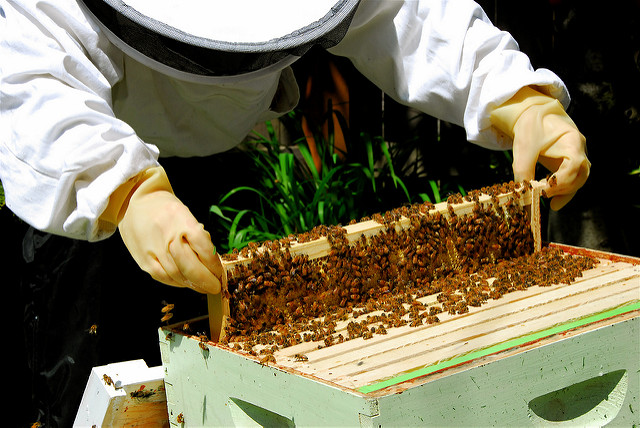 In anticipation of Honey Month this May, the Queensland Beekeepers Association(QBA), a group of apiarists and passionate beekeepers all over Australia, will host a talk called “Beekeeping: More Than Just Honey” from 10:00 a.m. to 11:00 p.m. at the Kenmore Library in Kenmore Village on Thursday, the 20th of April. The event is free but bookings are required.

Beekeeping in Australia started in the 1820s, when Australians started keeping apiaries. Since then, beekeeping has become a flourishing business in all parts of Australia, including Kenmore and other areas in Queensland, where interest in beekeeping is very much alive.

Australia is an exporter of honey. All honey has antibacterial properties but the champagne of all honeys, manuka honey, is widely sought for its healing and medicinal properties.

Manuka honey is produced with pollen from the Leptospermum tree species. New Zealand has two species of this plant, while Australia has over 80 species.

New Zealand currently dominates the lucrative world market, in terms of manuka honey exports. Manuka honey sells for up to $40 per kilogram. In New Zealand, the industry is worth an estimated $75 million a year, so there is a lot of export potential for manuka honey in Australia given the diversity of Leptospermum species.

In 2015, Capilano Honey, Australia’s largest honey producer completed a multimillion-dollar takeover of KirksBees, the Australia-based manuka honey producer. It then financed a study to see how Australian manuka compares with its New Zealand counterpart. The study will also look at different types of honeys made from different species of plants. Comvita, a medicinal honey producer, is also helping finance the project. Initial results have shown very similar properties between Australian manuka honey and its bestselling New Zealand counterpart.

According to Trevor Weatherhead, the executive director of the Australian Honey Bee Industry Council, New Zealand doesn’t really have a monopoly on manuka. “We have exactly the same plant that they have,” he said, adding that made-in-Australia manuka is similar in quality to New Zealand manuka.

Professor Liz Harry of the University of Technology in Sydney says that, “We should be reaping the benefits of Manuka honey, for farmers, beekeepers and for the medical solution it delivers.” She also said that as the public became more aware of the medicinal properties in honey, the price of honey will rise for producers.

She is also quick to point out that Australia produces many types of honey from commercial beekeeping. “All honey is anti-bactericidal, so not only will the value of Leptospermum species of honey increase, but the value of all honeys will increase because of public perception,” Prof. Harry said.

Big business notwithstanding, most beekeeping enterprises in Australia are family-run and operated. Reaching out to the public with more information on beekeeping is precisely what Queensland Beekeepers Association President Robert Dewar wants to do, with talks like the one that they have scheduled in Kenmore.

QBA aims to help more people become aware of the benefits and issues surrounding beekeeping in Australia, and how it will impact their local beekeeping business and their community.