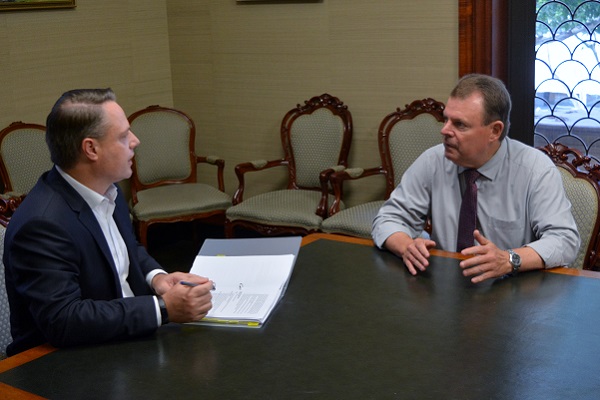 Liberal National Party candidate Greg Adermann, a Chapel Hill native of nearly three decades, has been elected as the Councillor for Pullenvale Ward, with more than 70% of votes already counted as of the 3rd of April 2020.

Although final counting will continue until the 7th of April, Mr Adermann is considered to have won the postal vote and is on top of the primary vote by a comfortable margin. Analysts predict a 60-40 win by the LNP against the Greens in Pullenvale Ward.

Formerly the Communications Manager of ASM Global, Mr Adermann also managed Suncorp Stadium and the Brisbane Convention and Exhibition Centre, prior to defeating Jane Prentice in the LNP pre-selection.

Speaking about his successful candidacy, Mr Adermann admits that he is “…entering public life at the most challenging time imaginable.” He said that his “…immediate job is to work with Lord Mayor Adrian Schrinner in assisting in Brisbane’s recovery.”

“I am excited to be representing the part of Brisbane I’ve called home for the past 28 years and being able to make a meaningful contribution to our quality of life going forward,” he added.

Although a relative newcomer to local politics, Mr Adermann has served two State Ministers as Press Secretary and Senior Media Advisor over an eight-year period. He also has some political roots. His grandfather was Charles Adermann, Country Party MHR for Fisher (1949-1972) under Prime Minister Robert Menzies and Minister for Primary Industry (1958-1967) under Prime Minister Harold Holt.

Pullenvale has long been considered to be the safest Liberal ward on the Brisbane City Council. It stretches along the upper reaches of the Brisbane River on the Centenary Motorway west of Jindalee Bridge, including the wooded hills to the west of Brisbane.

From 1997 to 2016, Margaret de Wit OAM kept the LNP on top of Pullenvale Ward, rising to become chairman of the Council, a position she kept until her retirement in 2015.

Ms de Wit has a massive support base in the ward and beyond, largely due to her inspired leadership and very capable grassroots representation in her 19 years of service to the local community and Brisbane City Council.

Ms de Wit has also publicly expressed her support for Mr Adermann, something that has no doubt made a significant positive impact on his candidacy. “I have known Greg Adermann for nearly 30 years and I am proud to support him as the next Councillor for the Pullenvale Ward,” she said.